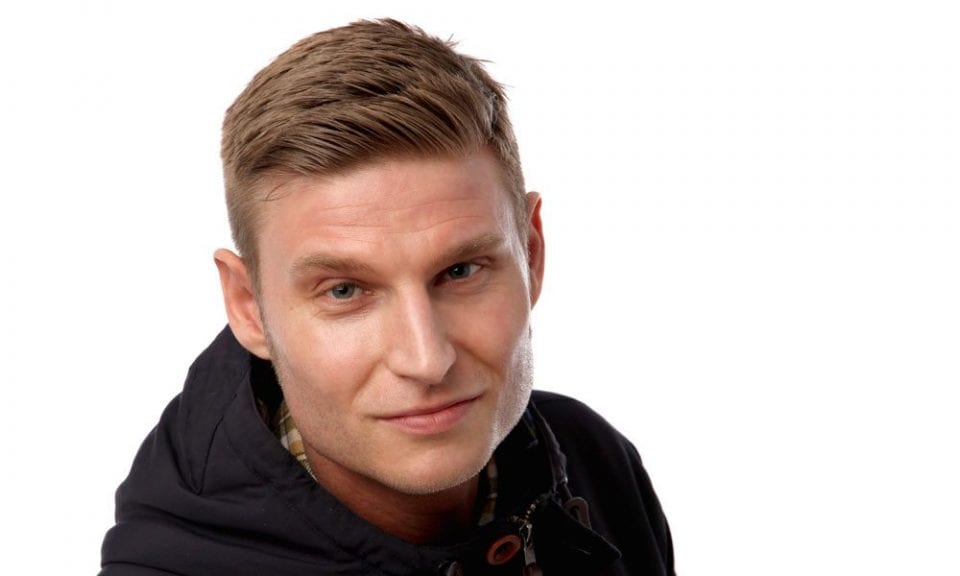 Blue Book Artist Management’s Scott Bennett has been named Best Act in the Comics’ Comic Awards 2020, the awards voted on by other comedy performers.

Since the beginning of the lockdown in March, Scott has been running online comedy gigs from his garden shed since the first lockdown. He’s also performed on “numerous zooms, podcasts and street & garden gigs”.

He says: “I’m absolutely thrilled to get this award. It was totally unexpected and it means so much to be nominated by all my wonderful comedy colleagues. It’s been a very difficult time for everyone and getting this amazing news has given me that little confidence boost I’ve been missing from being on stage this year.”

Regularly touted as ‘the next in a line of arena filling comics such as Peter Kay, Micky Flannagan, John Bishop and Jason Manford’, Scott started comedy in late 2009 and has rapidly established himself as one of the fastest rising stars on the UK circuit. His last two shows were nominated for ‘Best Show’ at the Leicester Comedy Festival and has been named by Chortle as One To Watch.