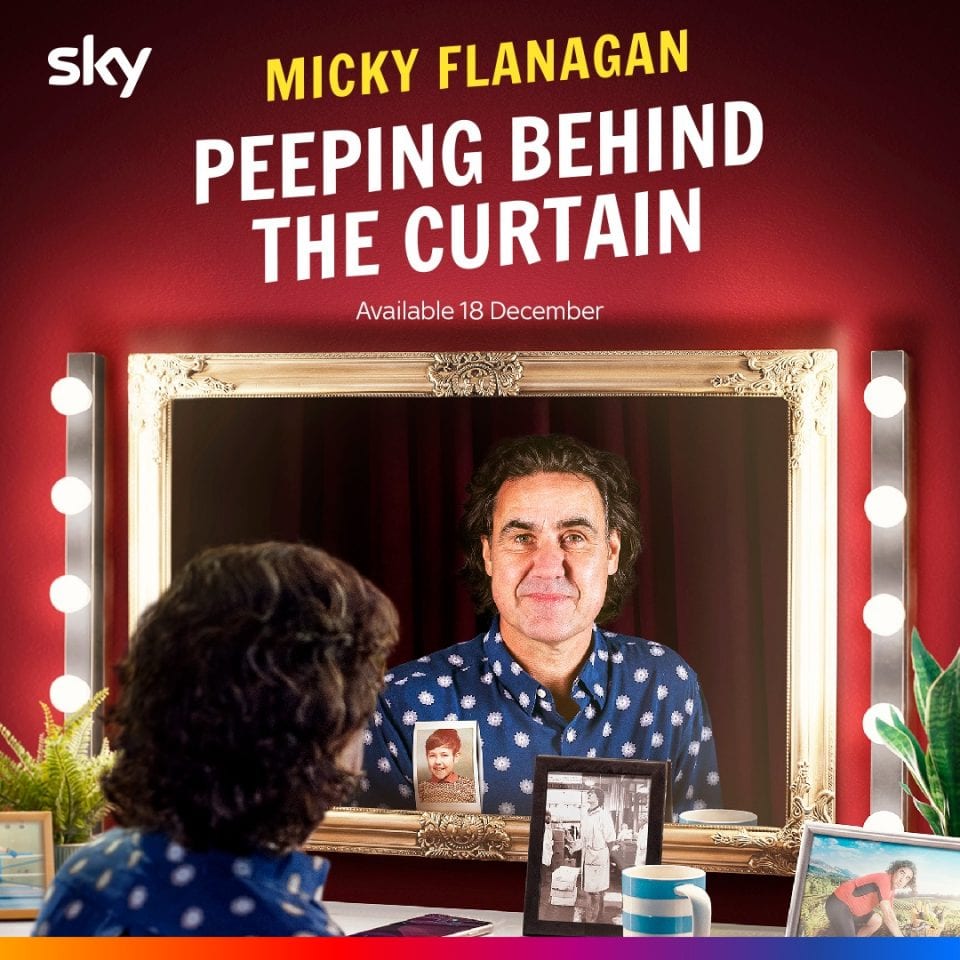 Micky Flanagan’s new documentary “Peeping Behind the Curtain” will air on Friday 18th December exclusively on Sky One at 9pm.

Featuring new and revealing interviews with Micky himself, the documentary offers a backstage pass to Micky’s career, from early raw material in the East End to staging the world’s biggest comedy tour in 2017

Featuring contributions from Jimmy Carr, Kerry Godliman, Darren Harriott, Reginald D.Hunter and Nina Conti, the film delves into both the fear and the highs that can come from standing alone in front of 15,000 people.

Micky Flanagan said: “This has been passion piece for me since we started filming behind the scenes back in 2016, the film has developed into a journey that goes back to my first days on the circuit and the influences that got on stage in the first place, essentially it’s about taking a chance.”
Double Busy is Micky Flanagan’s production company credits include An’ Another Fing, as well as being co-producers of Sky 1’s Detour De France and Thinking Aloud which they made with Moonshine Creative directors Michelle Crowther and Mike Reilly.

Headed by award-winning Creative Directors Michelle Crowther and Mike Reilly this is Moonshine’s second Sky commission since its July launch following its production of the acclaimed drama No Masks featuring Russell Tovey.

Moonshine Features specialises in cinematic, scripted and non-scripted formats for domestic and international TV and is part of the Whisper Group.

Behind the scenes footage was filmed by Ben Lowe