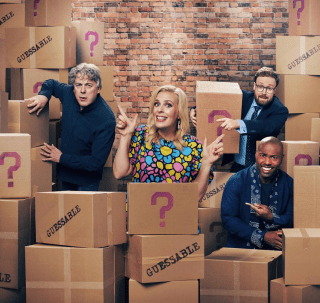 Guessable returns to Comedy Central for a third series, starting on Monday 10th January at 9pm and running for 12 weeks.

Darren Harriott once again is team captain for the show hosted by Sara Pascoe with fellow team captain Alan Davies and side-kick John Kearns. If you don’t know it it’s a panel show where it doesn’t matter if you know the answers as they are all Guessable anyway. Don’t miss it.