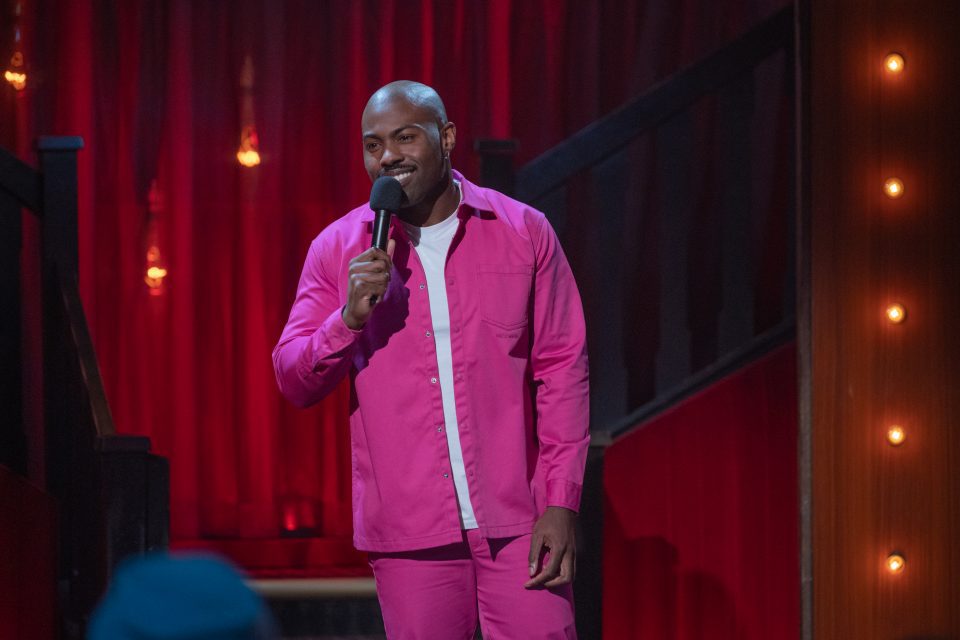 We’re THRILLED and super proud to announce that Darren Harriott is the face of Birmingham!

He’s always been proud of his West Midlands roots. And now Darren Harriott is to be the face of a new tourism campaign to attract visitors to the home of Shakespeare, Peaky Blinders, baltis and Black Sabbath.

‘It’s the heart of the country,’ says the Oldbury-born comedian. ‘It gets overlooked too often, but it has so much to offer.’

The campaign, which starts this month, will be in cinemas, online, billboards and national press. It is being run by The West Midlands Growth Company, which is behind Visit West Midlands, in conjunction with Visit Britain

Harriott has just finished co-hosting The Obsessed With Peaky Blinders Podcast for the BBC  and last year co-presented the Dave travelogue British as Folk alongside fellow comedians Ivo Graham and Fern Brady – which included an episode set in Birmingham and a visit to the nightclub where he used to work as a bouncer.