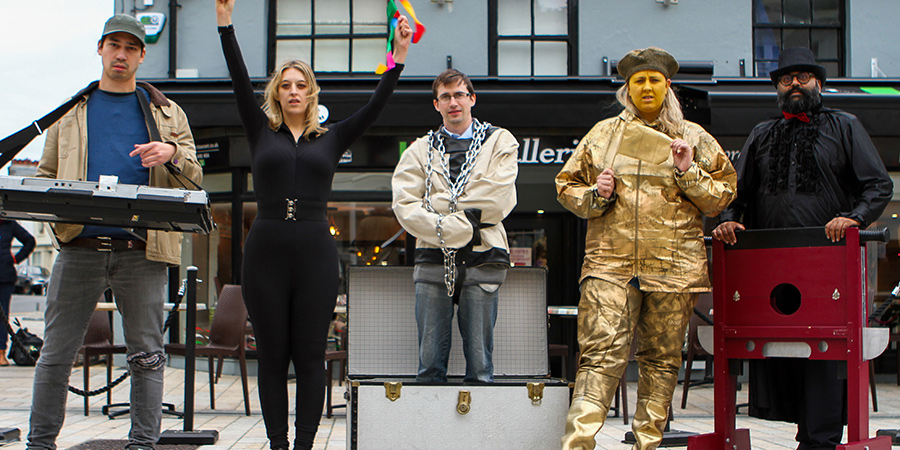 We are delighted to announce that Huge Davies has created, written and stars in brand new Channel 4 sitcom ‘The Artists’!

The show will be coming to Channel 4’s digital channels, including it’s YouTube, and All4 soon.

Set in the “mythical busker’s paradise” of the fictional town of Wybridge, the three-part, short-form comedy follows the lives of these creative eccentrics as they jostle for attention, delivering a mix of musical comedy, scripted scenes and improvisation, much to onlookers’ bemusement.

Produced by Spirit Studios, who made Channel 4’s Trigger Happy TV revival in 2017, which also featured discreet filming and interactions with the public, ‘The Artistes’ will debut on the channel’s YouTube from 30th December, then across its social media platforms and on All4.

“I’ve loved every minute of making this show with some of my best friends in front and behind the camera” Huge said. “Thanks to Spirit Studios who had my back from the start and thanks to Channel 4 for taking the plunge. I was across 99% of all of this so if it’s no good, there almost no-one else to blame.”