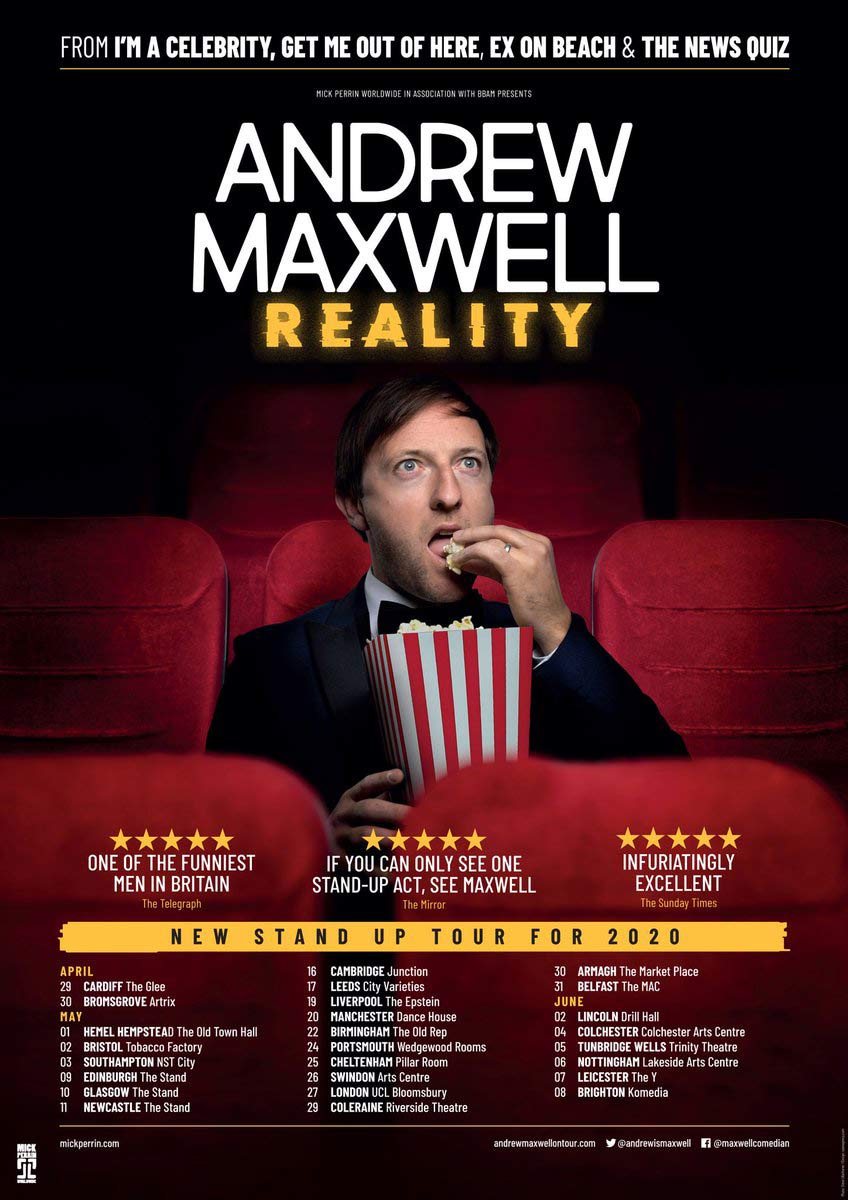 The last 12 months has been great for Andrew – on TV he’s recorded an episode of the forthcoming series of QI and has appeared on the new political panel show ‘Breaking The News’ for the BBC and “Roast Battle” on Comedy Central.

Maxwell also went viral recently talking about the Irish Border and Brexit stating, “Number one, it’s not the Irish border, it’s the British border in Ireland. The Irish border is the beach,” this was watched by over 200million people worldwide and had over 250,000 comments.
His Radio 4 series ‘Welcome To Wherever You Are’ is returning for a second series, due out later this year. He toured the UK for the first time in a decade with his critically acclaimed show ‘Showtime’, that was also recorded as a special for Next Up.

“One of the funniest men in Britain’

“If you can only see one stand-up act, see Maxwell”