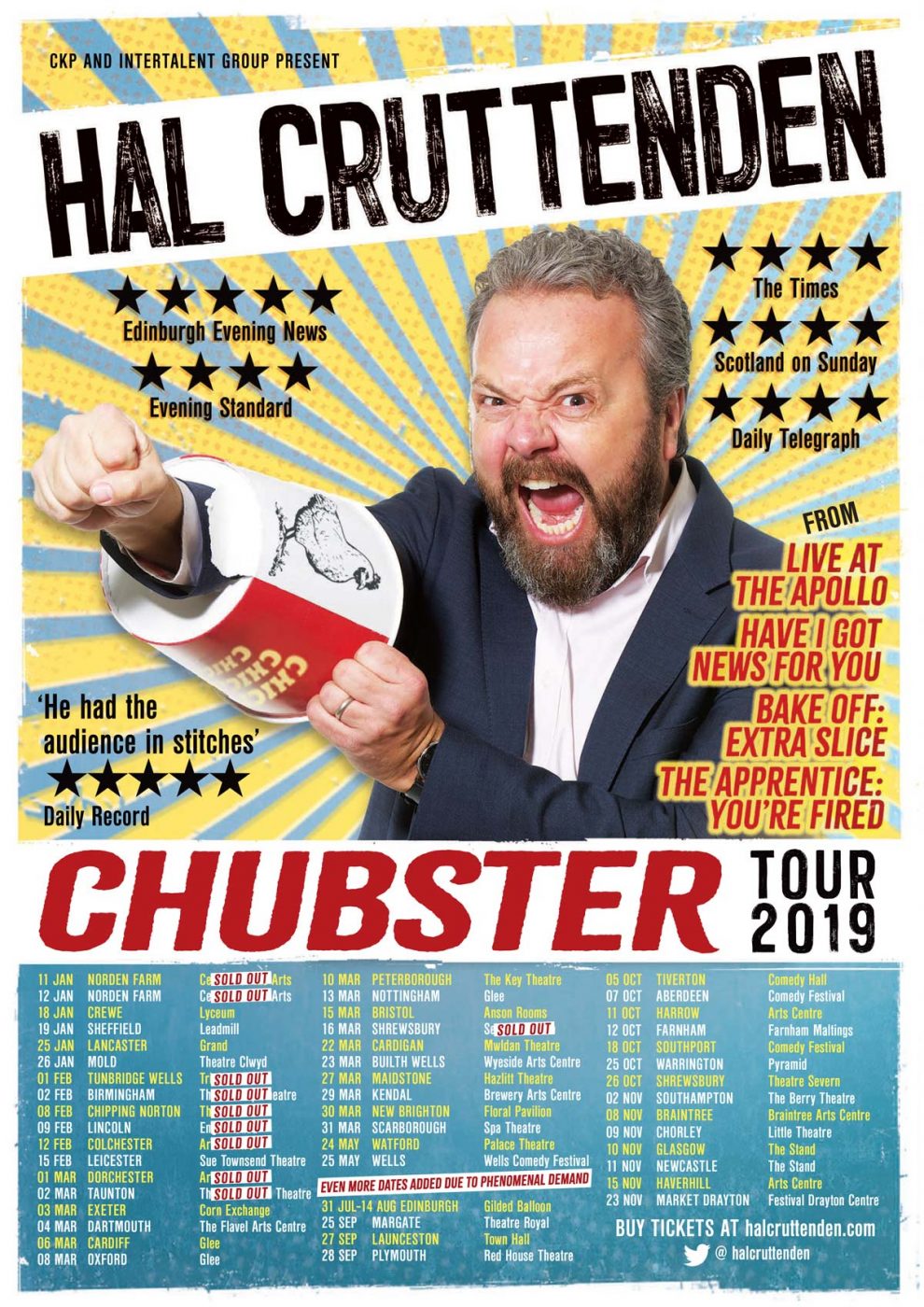 Hal’s literally filled our screens on Have I Got News For You, Live at the Apollo, Bake Off: Extra Slice, The Apprentice: You’re Fired and The Royal Variety Performance.

When he asked his daughters what show title would best sum him up, they replied, Chubster. Hal’s now back on the 5:2 diet and onstage in a hilarious stand-up show that not only touches on his usual moans about being a middle-aged, middle class father of fat-shaming teenagers but also
introduces us to new problems like his struggles with IQ tests, political zealots and the trauma of supporting the England rugby team.