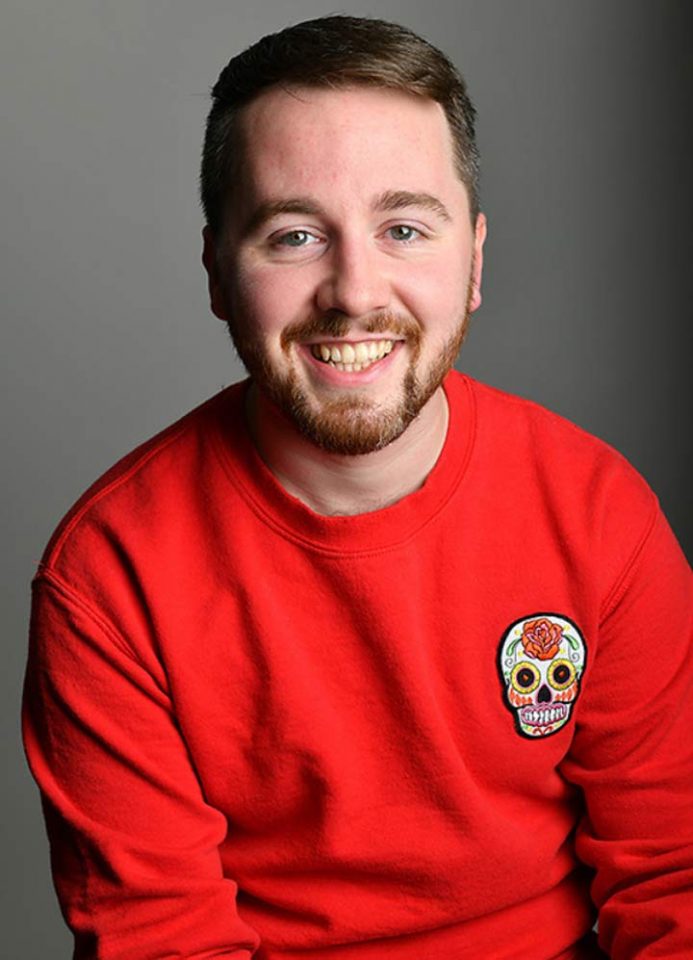 Stephen Buchanan is one of the most promising young comedians to emerge from Scotland in recent years. He has appeared on Jonathan Ross’ Comedy Club (ITV), The Now Show (BBC Radio 4), The Dog Ate My Homework (CBBC), and is a regular face on Sparks (Channel 4). His series Cooking in a Crisis for BBC Scotland has been a highlight of the lockdown as have his sketches on Twitter and Instagram.

His BBC Radio 4 stand up special Talking Shop was released in March 2021 and chosen as the comedy of the week. You can listen to it here.

In 2018 he was crowned BBC New Comedy Award winner and also won the Scottish Comedian of the Year award. He made his Edinburgh Fringe debut in 2019 with the critically acclaimed Baby Dove which was a total sell out show with extra dates added.

Buchanan is also establishing himself as a promising writer with credits from BBC Radio Scotland’s topical panel show Breaking the News and BBC Scotland’s online sketch series Short Stuff. He is developing scripts with the BBC and has appeared on BBC Scotland’s The Comedy Underground and Bad Influencer.

In December 2021, Stephen will be taking his solo show to the prestigious Soho Theatre in London. Grab your tickets here.