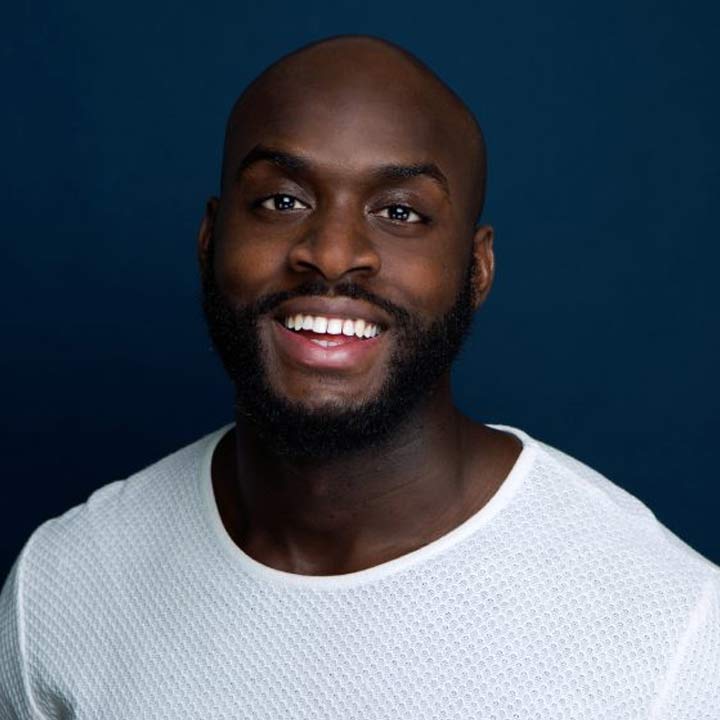 Michael Akadiri is a fast rising, multi-award winning comedian. His natural charm and cheeky, observational style has already seen him make an impact on the UK comedy scene, winning the Komedia New Comedian Of The Year Award 2020 and making it to the London final of the BBC New Comedy Awards in 2021 (BBC3).

Michael can be seen on the latest series of The Stand Up Sketch Show (ITV2). His radio credits include the breakfast show panel on Times Radio, hosting on BBC Radio Kent, and stand-up on Union Jack Radio. Michael has also written and performed sketch collaborations with LadBible UK.

Michael performs at the top comedy clubs in the country including the Comedy Store, Glee Club and Up The Creek. He has also already performed at high profile events for Apple UK and Newton Europe.

As well as performing comedy, Michael works as a junior doctor in the NHS and he’ll begin surgical training in London this autumn. He’s currently working on his debut hour, which he will take to the Pleasance at the Edinburgh Fringe Festival this year.

“A sharp-witted everyman… charismatic and in effortless control.”

“Expect to be laughing regularly at him in the future.”