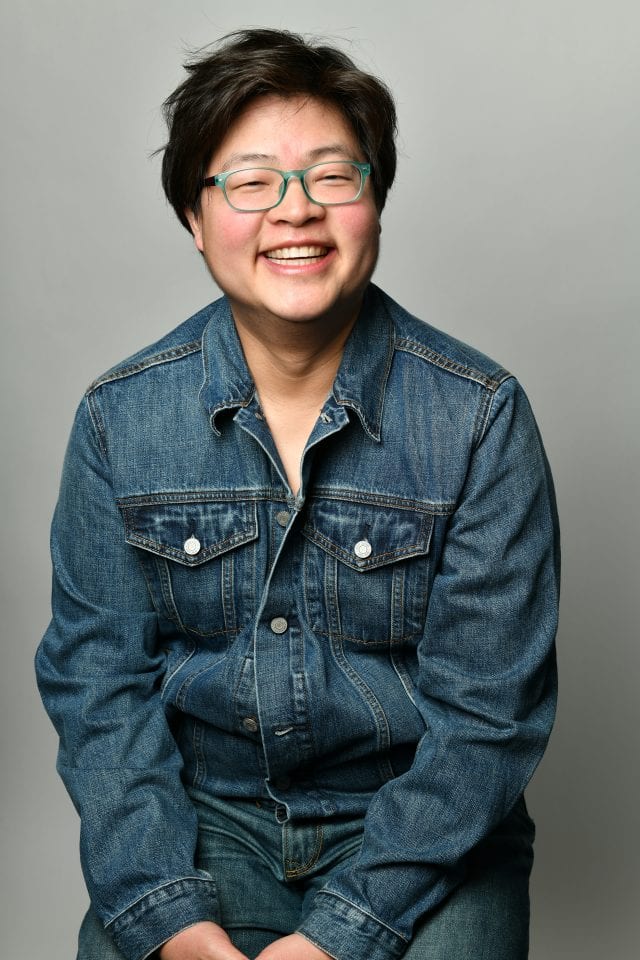 Kuan-wen Huang is an emerging comedian, writer and actor from Taiwan, with major breakthroughs on the UK circuit in the last two years.  He was runner up in Frog and Bucket The World Series in 2019.  With a unique voice and his trademark quirky persona, Kuan-wen is an alumni of the Soho Theatre Young Company and performed for Comedy Central at the Edinburgh Fringe in 2020 and recorded Comedy Central Live in 2022.

He is due to perform as part of AAA Stand-up at Edinburgh Fringe in 2022.

Kuan-wen is an increasingly recognisable face amongst performers of East Asian heritages in the UK. For three years in a row, Kuan-wen performed as part of Yellow Xmas comedy show, which “showcases the top East Asian Stand-ups”, sharing the bill with Phil Wang, Evelyn Mok, Nigel NG, Ken Cheng and Yurijo Kotani.  Kuan-wen is also a proud queer performer, having been featured in various pride events and 21 Soho’s LGBTQ+ History Month line up.

A seasoned comedy show compere, Kuan-wen is a regular host at Downstairs at the King’s Head for its New Acts Try Out night.  He also hosted various heats and the final of LGBTQ+ New Comedian of the Year competition in 2019 and 2022.  Kuan-wen is currently writing his first solo hour.

As well as performing comedy, Kuan-wen is a UK Chartered Accountant and Chartered Tax Advisor.