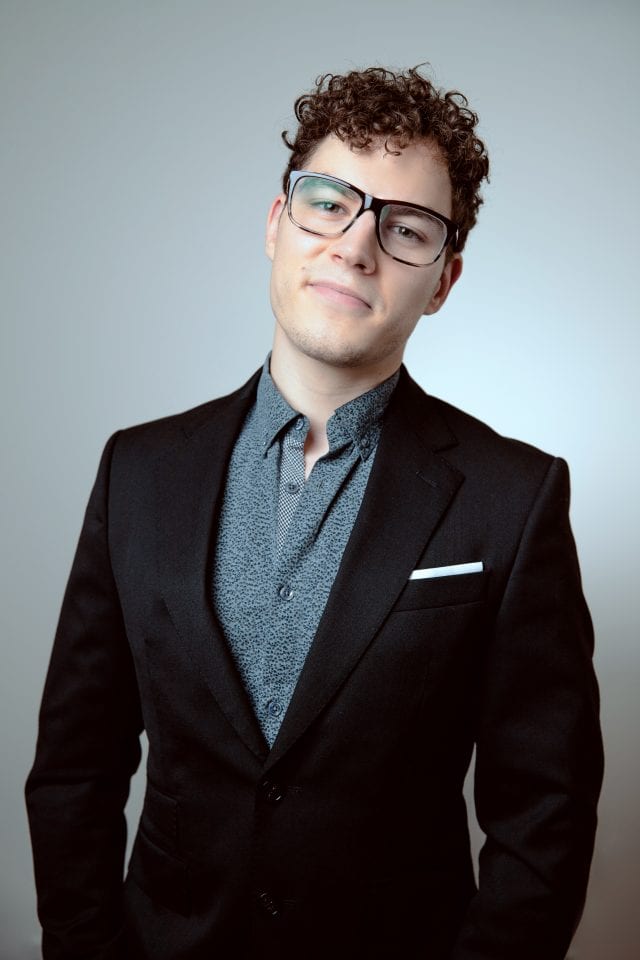 At the age of 26, Kelsey is one of the youngest working comedians in the UK. In his short time on the comedy scene, he’s already supported Stephen K Amos on a whopping FIVE UK Tours, Abandoman on their 2017 UK Tour and supported Russell Kane on his 2019 UK Tour. Kelsey also supported Arj Barker on his 2022 Australian Tour ‘Arj Barker: Comes Clean’

He was also hand picked by Mary Tobin Presents to represent the UK in Australia in 2019, taking part in their ‘Best of the Edinburgh Fest’ showcase shows at both the Adelaide Fringe Festival and the Melbourne International Comedy Festival.

The show received a ★★★★½ review in Adelaide saying “Kelsey is a pleasure to watch on stage… I look forward to seeing his career flourish”.

He was then asked back to once again perform in ‘Best of the Edinburgh Fest’ in 2021, performing at The Forum Theatre (which holds 600 seats) for 22 nights across the Melbourne International Comedy Festival attracting rave reviews.

He’s someone that was spotted early on to be a rising star, after being asked to support Stephen K Amos on Tour just 11 months into starting comedy and also being selected by Bound & Gagged to take part in their showcase of new talent in ‘AAA’ at the Edinburgh Fringe Festival 2016 only 18 months in. Kelsey hosts his own Podcast called ‘Anti Sceptic’ which was recently ranked at Number #6 in Australia on the Official Podcast Charts (Listen Here).

He’s a comedian with a completely unique and distinctive voice. Using his stand up to describe what life is like being a young Christian in the modern world – with plenty of laughs along the way!

Described by Julia Chamberlain as “Destined to be absolutely huge” – he’s a young man you may just want to look out for..!

“Best thing to happen out of Covid is keeping Kelsey in Australia. Already a regular here at the Lounge and a future star of comedy. You can put him on stage any night, at anytime in front of any crowd and he is gonna crush” – The Comic’s Lounge, Melbourne, Australia

"If dark, nihilistic humour is your thing, Kelsey De Almeida has got you covered. He’s the rare combination of bitterly outrageous and oddly endearing and definitely one to watch." ★★★★½

"Destined to be absolutely huge. Charming and disarming, he held the audience in the palm of his hand and made them helpless with laughter. He puts wit and polish centre stage."

"Hilarious and a original voice on the comedy landscape. Destined to be huge, see him now"

"Had me in stitches. He's a star in the making!"

"Hilarious young comic...definitely one to watch"

"A pleasure to watch on stage... I look forward to seeing his career flourish"

"A great show! Easily able to build a rapport with the audience, Kelsey’s comedic timing is very slick and well executed and his jokes are delivered in a manner which kept the audience laughing throughout his show’s 50 min run time."