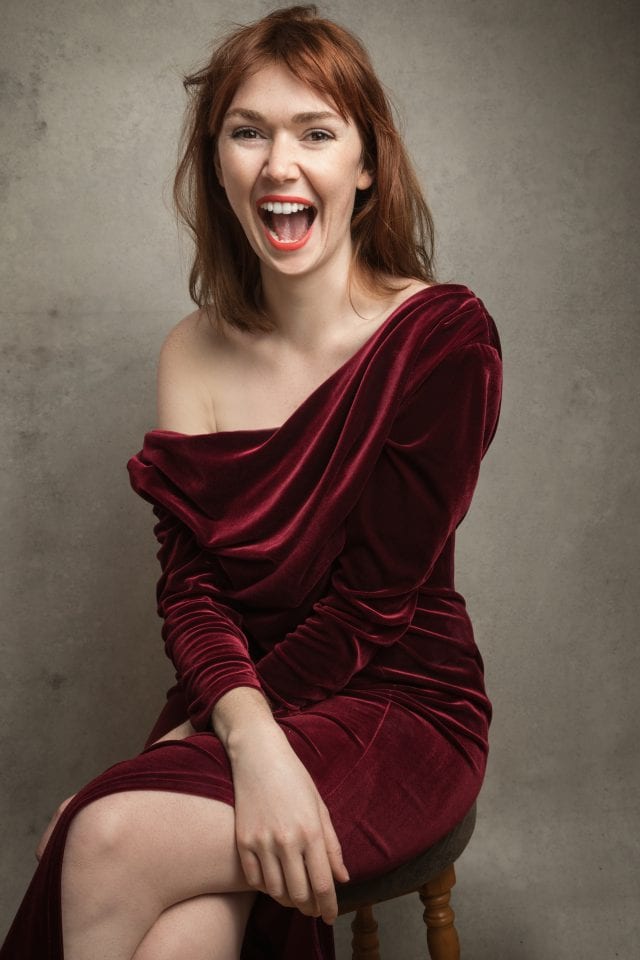 Elf Lyons is an award winning red-hatted comedian, actor and writer. She is known for her distinctive and unique voice – which mixes stand-up, sass, clowning, drag and astute social commentary to create ungainly, surreal comedy spectacles on stage.

Elf is a series regular on The Stand Up Sketch Show (ITV2), The Breakfast Show and Culture Hour (Times Radio), and The Dog Ate My Homework (CBBC). She is a three-time cover star of The Sunday Times Culture.

In October 2018, Elf performed at the Nuffield Southampton Theatre in the title role of the NST Laboratory Associates’ highly acclaimed production of Medusa. In 2019 she completed her first UK wide tour, Love Songs To Guinea Pigs. So far in 2022, she has performed two sold-out runs at the Soho Theatre, with Talks Dirty For An Hour and Heist, the latter being a brand new show developed with Duffy with visual vernacular and conducted in BSL.

She is currently developing her newest show, Raven, which will premier at the Edinburgh Fringe Festival 2022 and head on a UK-wide tour Autumn 2022.

Alongside performing, Elf is a well-respected writer. She has written articles for The Times, The Independent, Londonist, Cosmopolitan Magazine, Refinery29, The Telegraph amongst others. Elf was also featured on the cover of the Observer Magazine for her article ‘In Praise of Polyamory’.

Elf has a BA from Bristol in Drama, an MA from Queen Mary in Theatre & Performance, has studied at the renowned theatre school L’Ecole Philippe Gaulier in Paris. She is a graduate of the Duckie Homosexualist Summer School at the Royal Vauxhall Tavern and a member of Soho Young Company’s Drag and Cabaret course.

"A fast talking, smart-thinking standup for whom the adjective "kooky" could have been invented for."

"Lyons is doing as she likes, making the kind of shows she wants to make, finding new ways of expressing her comic voice and creating images, language and ideas on stage which are all absolutely her own.”

"This is comedy as enchantment, a show so beguiling that you don’t just love it, you somehow fall in love with it.”

The most wonderful stand-up comedian I have seen this year.”